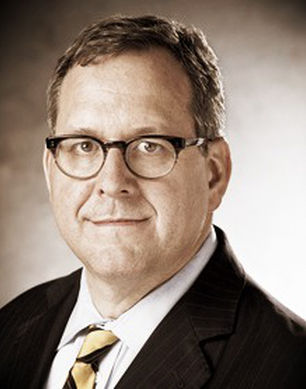 Since the COVID-19 emergency began DannLaw has issued regular updates featuring important information and advice for homeowners struggling to make their mortgage payments because they have lost jobs or been laid-off as a result of the crisis. As we’ve noted numerous times people with federally-backed loans are eligible for various types of relief under the CARES Act including a prohibition on foreclosures, an automatic 90-day payment suspension, and up to one year of forbearance.

If used correctly, the assistance provided by the Act can be a real lifesaver for families facing financial disaster.

Unless something goes wrong. And as we’ve learned over the years, in situations involving banks and mortgage servicers something ALWAYS goes wrong.

In this case, banks and servicers have been placing homeowners into forbearance by mistake. According to a CNBC report, borrowers who called servicers seeking information about forbearance and other relief programs were put into forbearance without their consent by swamped call center workers. It will come as no surprise that Wells Fargo, perennial winner of the worst bank in the world award, is among the offending lenders.

One borrower quoted in the story said he contacted Wells in early March because he was concerned that his wife, a teacher, might no longer be paid. “I was asking to be educated on what my options were. Someone put me in this[forbearance] and never told me what it was. No one ever used the term forbearance…”

His spouse didn’t lose her job so they could continue to make their house payment. Only problem: because they had been placed in forbearance Wells couldn’t accept it. After making multiple calls the borrower was told the situation was resolved and his loan was “fine.” Wells blamed the SNAFU on a “website problem.”

Anyone familiar with Wells will immediately know two things: there was no website problem and the loan was not fine—something the borrower learned when he tried to take advantage of historically low-interest rates by refinancing his home. His mortgage broker told him he couldn’t do it because his mortgage—the one that was “fine”—was in forbearance. The poor guy is still trying to get Wells to correct the mistake.

So here are some important takeaways from a story that would be unbelievable if it didn’t involve banks and mortgage servicers:

First, never communicate with a bank or servicer over the phone. Always do so in writing, preferably by certified letter. It may be inconvenient and time-consuming, but in the end you’ll have a written record of what the bank said or promised and what you said or promised. That information will prove to be extremely valuable if you’re engaged in a serious dispute with a lender.

Second, contact us at 877-475-8100 or intake@dannlaw.com to arrange a free consultation if you’re confused or unsure about whether you should take advantage of forbearance or other forms of relief offered via the CARES Act or a private lender. We’re here to help you avoid mistakes that could impact your finances for years to come.

Third, contact us right away if you’re having a problem or dispute with a bank or servicer and they refuse to respond to you or correct it. The lender may be violating federal and/or state consumer protection laws, which means you may be entitled to financial compensation.

Fourth, remember, forbearance is NOT forgiveness. You will eventually have to make the payments that you are delaying. You must understand how much you will be expected to pay when the forbearance period ends.

Fifth, make your house payment if you can. Doing so will protect any equity you have in your home and make it possible for you to refinance at a lower interest rate. You won’t be able to do that if you place your loan in forbearance.

Sixth, if you don’t follow our advice make sure to write down our phone number. You’re probably going to need it at some point in the not-to-distant future.

Finally, be well, stay safe, and remember we’re here to provide advice and guidance during this troubling and confusing time.