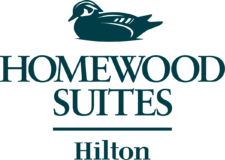 DannLaw today filed suit against the owners of the Homewood Suites by Hilton hotel located in Mahwah, New Jersey and Hilton Worldwide Holdings, Inc. for repeatedly violating both the Americans with Disabilities Act (ADA) and New Jersey’s anti-discrimination laws. The suit, filed on behalf of Erika Symmonds, alleges that the defendants twice failed to provide ADA-compliant accommodations after confirming that mobility accessible rooms were available at the Mahwah, NJ facility. The pleading in the … END_OF_DOCUMENT_TOKEN_TO_BE_REPLACED

Last year, Edwardo Sanchez, a paralegal in DannLaw’s New Jersey and New York office became the first person in his family to graduate from college, an event he proudly shared on Twitter. His tweet was noticed and retweeted by none other than Bill Gates who told his 43.2 million followers that Edwardo’s story was an “amazing moment of hope and progress” in what had been a “really tough year.” I agree with Mr. Gates, Edwardo’s achievement gives us all hope that the American Dream is still … END_OF_DOCUMENT_TOKEN_TO_BE_REPLACED

Lawsuit claims restaurant chain’s website and mobile app are not fully accessible to and independently usable by the blind or visually-impaired. CHICAGO, April 25, 2017 —The Manning Law Firm of Newport Beach California has joined with former Ohio Attorney General Marc Dann of the Dann Law Firm to file suit in federal court alleging that the McDonald’s restaurant chain is in violation of the Americans with Disabilities Act (ADA) and California’s Unruh Civil Rights Act (UCRA). The suit was … END_OF_DOCUMENT_TOKEN_TO_BE_REPLACED

On April 26 I announced that the Dann Law Firm and California-based Manning Law Firm of Newport Beach had filed suit in federal court alleging that the McDonald’s restaurant chain is in violation of the Americans with Disabilities Act (ADA) and California’s Unruh Civil Rights Act because the company’s website and mobile app are not fully accessible to or independently usable by people who are blind or visually impaired. Since then Dann Law Firm has filed similar actions against GrubHub, the … END_OF_DOCUMENT_TOKEN_TO_BE_REPLACED